I own a Chromebook and have used it for probably 20-30 hours since I got it. This is mainly because I typically have a cheap laptop handy and a long HDMI cable on hand. I have had cobbled together networked video systems for, yipes, more than the last 10 years, so it’s workable and to me is what I have trusted up to this point. Your typical setup looks something like this: 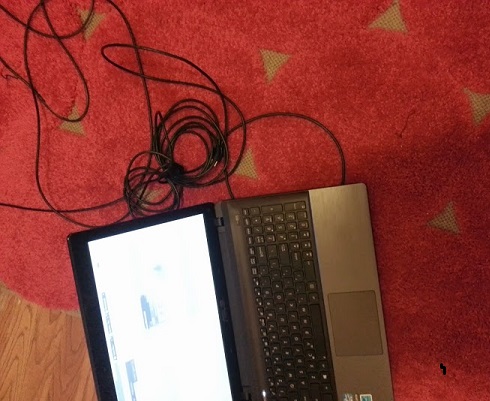 In other usage, I set up with my TV running on game consoles or XBMC.  I also keep a 7″ tablet around, this way I can  also consume media via RSS – what can I say, I like reading on glossy screens – or play tablet games. I’ll also keep my phone out sometimes. On a lazy Thursday night, it looks like this: 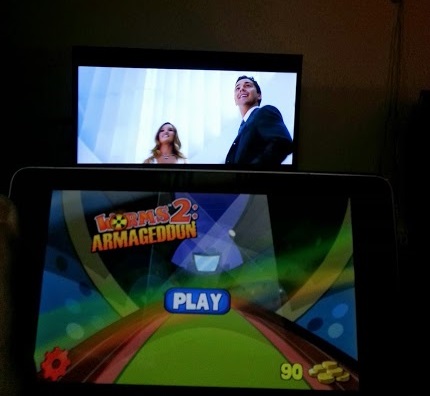 Yeah, so for the average consumer, my setup is insane. For me, it’s perfect, I have my 3 screens, access to all my content, am not tied to a particular ecosystem, and can consume everything that I need to.

This setup is broken

Here’s the issue though: I have tried showing people how to use it and they just give me blank stares. I have also set up other people with a similar configuration and they never use it. There is just too much troubleshooting and inconsistency for it ever to work without someone to maintain it.

I have had tons of similar experiences with other shrink wrapped ecosystems. Microsoft’s Windows Media Center never seemed to work consistently for me and I could never train my friends to use it . I had worked with the product team and understood pretty well how it worked at the network level so I’m guessing I wasn’t the only one.  Apple TV doesn’t play nicely with content that you haven’t purchased from Apple and you have to invest in their premium ecosystem. Other streaming solutions also require a decent network connection – the most likely cause of my issues with the Microsoft solution – that can keep them from working seamlessly in situations where wi-fi is congested or is performing poorly.

I could never recommend this sort of setup to my parents, who currently have whatever Sony player was available from Costco in the 2010 holidays. The setup would either go unused or I would be training them how to use it for who knows how long – no fault of theirs though, it’s a complex system!

Complex setup… why not Chromecast?

Just recently, the Google Chromecast went on sale and I pre-ordered on Amazon, but didn’t get back in time to catch the first shipment. However, I was able to find an extremely generous person with an extra one. Not expecting much, I started getting it set up after getting home from work. You plug the dongle into the TV and plug the dongle into USB power. After that, I felt like I had something else to do. Ahh, that was it.

Switch the HDMI over and two familiar (ala Roku, Xbox, etc.) steps must be run through. This was the moment I figured out why it’s a remarkable but simple solution. Anywhere you can run Chrome, you can (potentially) control the device. I poured over the laptop tethered via HDMI, the tablet I just set up the TV with, my Android Phone, a Windows 8 tablet, the Chromebook, and a MacBook Pro.

Every device in my living room just turned into a remote.

I picked up my phone and played back some YouTube and Netflix. I then switched over to my tablet and saw that for whatever random reason, I had Transformers Dark of the Moon and figured what the heck. I started the movie and then picked up my tablet for some games.

I encountered a few issues while getting going with the new shiny. First, the sound on my TV was muted the first time I tried to playback content after plugging in the device. To fix it, I had to go to my TV settings and turn on the TV speakers. Although it seems crazy to suspect the device had a part in it, I wouldn’t put it past my TV manufacturer to do the wrong thing with HDMI control.

I’m not an iOS user, so I have no idea how well it works there.

Support for the older Chromebooks just isn’t there yet. I gave the Chromebook a smug look after making a good effort at getting it to stream music; it might be a little longer before the device breaks the 100 hour usage barrier.  Although it’s not supported now, only the Pixel is supported, its siblings or an update may soon put the Chromebook in a strong position among my stable of devices and the Pixel just became that much more appealing. For me, controlling the Chromecast could be a compelling enough reason to use my Chromebook or even replace my laptop in some situations.

Is the Chromecast the next big thing?

I’m about to make a rather bold statement given that the there are many generations of media devices its senior, but the Chromecast is the most accessible media ecosystem device I have ever used. Configuration is easy. From Android and laptops, the experience is seamless: you consume media in the exact same way as you do on the device. I have never had an appreciation for ease of use but this is so easy and works so well so quickly that I do not think I will look at my existing setup the same. This could have just obsoleted half of the devices in my living room while also bringing up the average user to the functionality that was only really reached by enthusiasts. The Chromecast is a compatible, remarkable device that feels pretty futureproof. This is a big deal.